Red Tiger Eye is found in the United States, Mexico, India, Australia, and South Africa.  It is a protective stone, long carried as a talisman to guard against negative energies.  Red Tiger Eye is a stimulating stone that can give physical strength and vitality, along with motivation.  It helps one to overcome lethargy, and aids in cultivating motivation.  Red Tiger Eye’s vibrational qualities focus on grounding and overall balance.  It facilitates manifestation of will.  This stone also aids in enhancing confidence and self-esteem and helps to alleviate depression.  The powerful energies of transformation within the Red Tiger Eye Stone make it an excellent choice to play an important role in the Maha Shiva Meditation Beads Collection. 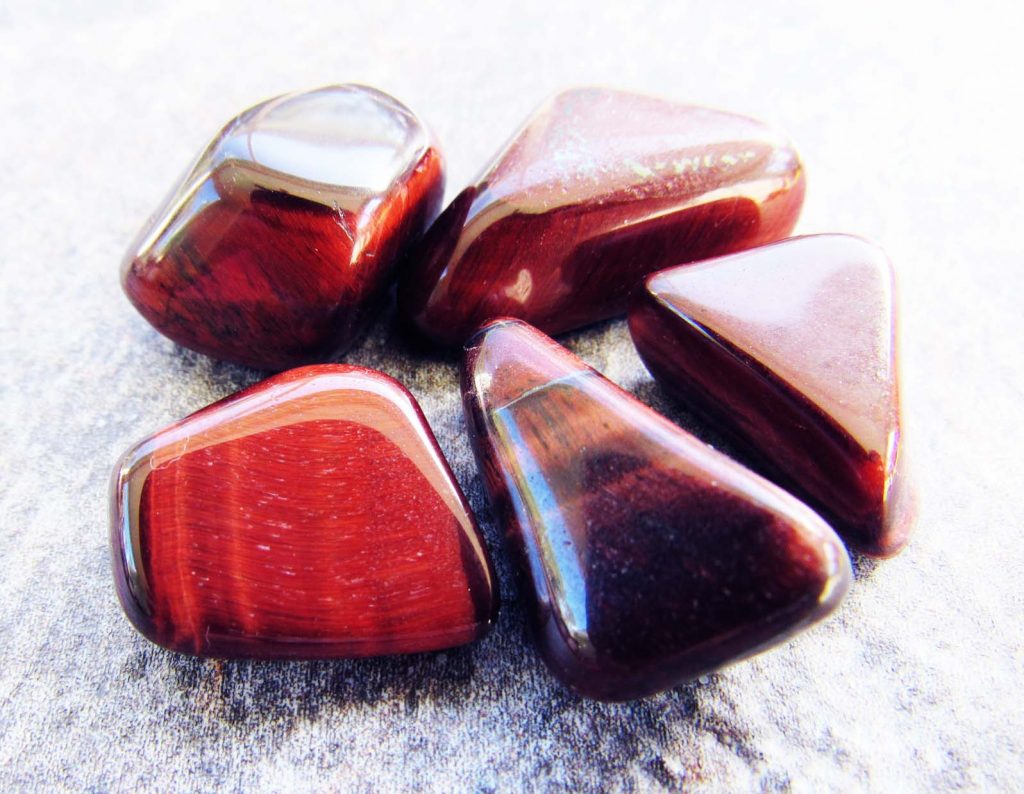 Obsidian is typically found in Mexico, but also worldwide.  Obsidian is actually molten lava that cooled so quickly, it had no time to crystallize.  And like its lava form, Obsidian is a stone that knows no boundaries or limitations.  As a result, it works very quickly, with great power and force.  Black Obsidian is a powerful cleanser of psychic smog created within the aura, and is a powerful stone of psychic protection.  This stone has impressive metaphysical properties that will help shield against negativity.  The energy of this stone may stimulate the gift of prophesy.  It is an excellent crystal for spiritual and healing work, as it has a strong grounding and balancing action.  The energy of Black Obsidian pairs incredibly well with Red Tiger Eye, making it a mindful choice in the Maha Shiva Meditation Beads Collection. 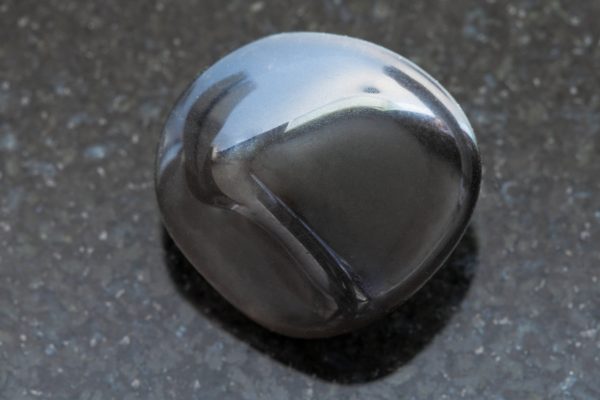 Rudraksha seeds are considered “miracle seeds” that hold an extremely high spiritual vibration.  The rudraksha seed is believed to be the seed resulting from the impact of Lord Shiva’s tears upon the earth.  Therefore, they are also called the Tears of Shiva.  They are the original Vedic meditation beads of power, worn by Gods, Yogis, and Rishis since time immemorial. 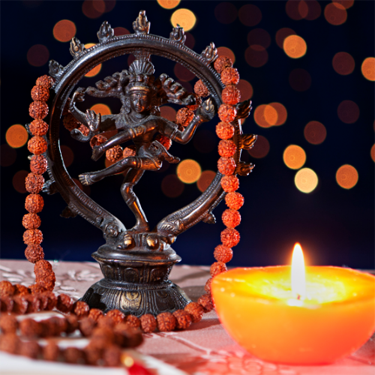 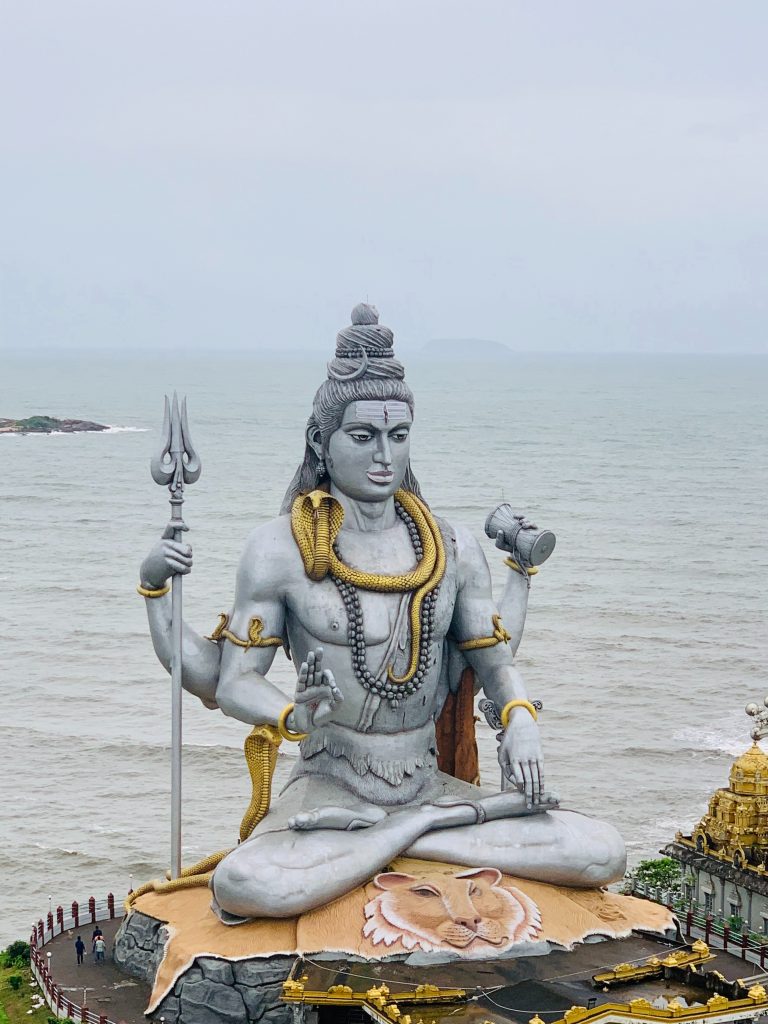 Shiva, the inspiration behind the Maha Shiva Meditation Beads Collection.

Shiva represents the Divine Masculine pole of pure, unmanifested consciousness. This is the “web” that holds all of manifested creation – all things of name and form (known as Shakti or the Divine Feminine aspect).

This massive statue depicts Shiva in a meditative pose, holding the trident and wrapped in snakes. The trident represents mastery over the three modes of nature, the three qualities or “gunas”, which are satva, rajas, and tamas.  Shiva sits upon an animal skin, symbolizing mastery over nature.  Snakes represent the numerous inner, lower forces, and Shiva demonstrates his power over them (not they over him).  The result is that the snakes do not bite but rather serve as companions.  In addition, it shows that Shiva welcomes all devotees, regardless of circumstance, caste, or creed.  The river Ganga that flows from the crown of Shiva’s head represents the whole of manifested creation (Shakti) originating at Shiva’s Sahasrara or crown chakra, source of the unmanifested, unknowable, pure consciousness.  Shiva represents all that is unknowable, Shakti represents all that is knowable through manifest creation, and together they represent all there is, all that exists – which is One. 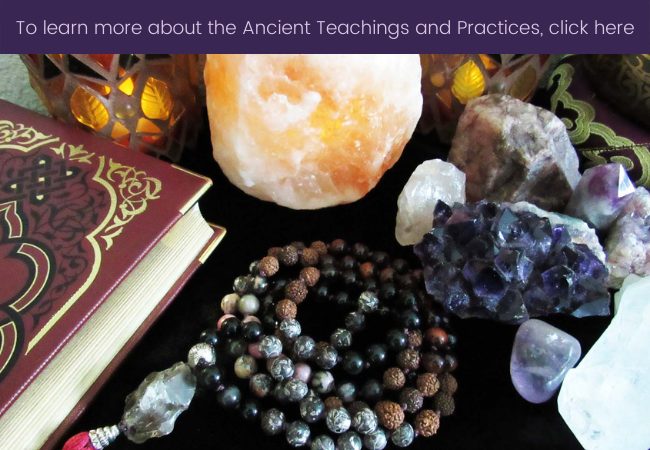 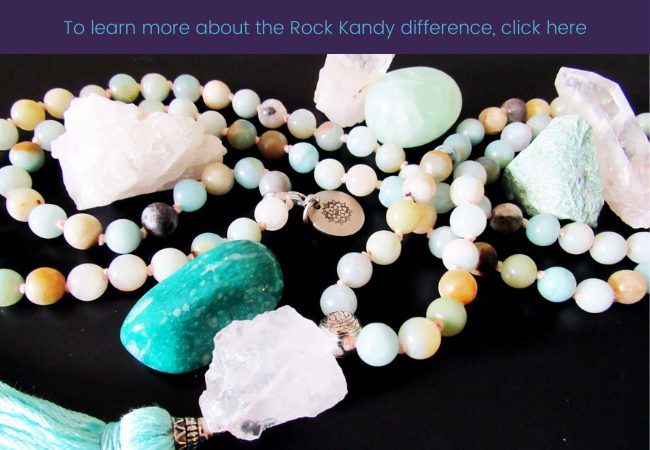